Although these stats paint a worrying picture, there’s some comforting news. The survival rate is promisingly high, with 98% of men surviving more than 5 years after diagnosis, and cancer rarely returning after this milestone.

These stats don’t take away from the mental burden of experiencing cancer and having to go through the harrowing journey to recovery. Having this first-hand experience is what motivated Philly to set up a charity with one vital mission in mind: to help men get through what he’d been through. The charity grew rapidly and is now run by a group of survivors who provide a safe space for men - or anyone affected by testicular cancer - to talk to someone who understands.

Having been awarded an MBE for his significant contribution to men’s health, Philly continues to educate, support, and listen to men across the nation. We caught up with him to find out what his perspective is on dealing with testicular cancer and why you should come to Testicular Cancer UK for support.

What motivated you to start the charity?

When I was diagnosed with stage 2 testicular cancer in 2003, I was stunned. I was so young and serving in the army, so I felt immortal at the time.

The process of removing the testicle and going through chemotherapy was so severe. I felt I was having to put a brave face on but inside I was crying for someone to talk to - someone who’d been through it too, someone who understood. Is it normal to feel this bad before chemo? Is it normal to feel scared before a check-up? I felt myself getting deeper and deeper into depression. Nobody ever told me that this was a young man’s illness. There was nobody to talk to.

So while I was finishing my chemo, I met Steve White, who’s a friend of mine now, and he suggested that I stop moaning and do something about it. So he donated the money to get a website set up. It started as a support forum as well as a way of promoting a bit of awareness about testicular cancer. It was basically a place where lads could go and talk.

From there, the charity grew. I started doing talks to young men in sixth form and on army bases. Truth be told, I was only supposed to do it for a couple of years but every time I say this is my last year, a young lad will ring me and tell me they’ve got cancer and they’re scared and I think right, I’ve got to keep doing this.

My cancer returned in 2015. I actually found it by accident. It was worse this time and I was signed off from work because they didn’t think I was going to come back. I had 6 golf ball-sized tumours behind my stomach so I had to go back on chemo again. It gave me a wake-up call - this is life-long. Cancer stays with you. So I had to keep doing it. I had to be there for support.

Can you tell us a bit about what the charity does?

We like to think we help lads through their testicular cancer journey more than anything. But don’t get me wrong, we also get wives, daughters, husbands, brothers, parents - anyone who knows and loves someone who’s been affected by it. Everybody’s welcome and we get all genders - anyone with testicles can get testicular cancer.

We try and help everyone. We can’t do everything but it’s a space for you to talk to people who understand and connect with others who are going through the same thing. There’s an amazing bunch of people who offer support with me and we’ve all had it. We understand.

Although we do pay to promote awareness, we’re mainly here for support and friendship through cancer. The goal is that nobody should be alone and have to bottle it up. You don’t have to be brave when you can come to the forum. Just have a chat and let it out.

What can you tell us about the early warning signs of testicular cancer and how you should check your testicles?

You should only check once a month. There’s no need to do it every single night. Once a month, after a bath or shower, just feel with your fingers. I show how it’s done in a video on the website. The main signs of testicular cancer are a lump on the testicle and swelling, and sometimes a bit of backache.

Once you start checking every month, you’ll get to know your testicles and how they should feel - what shape they are, if one hangs lower than the other, if one is bigger than the other. It’s important you know how your testicles should feel so if something changes, you catch it early on. We’re lucky in the respect that testicular cancer has a high cure rate but to be a part of that, you need to check regularly because once it spreads, it can be extremely aggressive.

What’s your advice to someone who’s worried they have testicular cancer?

Go and see a GP straight away. Don’t hesitate. In the majority of cases, it’s a cyst, but you absolutely have to get all lumps checked out, no matter what.

What would you say to someone who’s currently going through testicular cancer?

Come to our forum and speak to us. Some lads are quiet and keep to themselves but we’ve got loads of videos and info on the website if you’re not ready for a chat.

There are some brilliant films where we talk to survivors about their mental health and what chemo is like. If you’re going through testicular cancer, it’s tough mentally and physically. The mental battle is just as important as the physical battle.

So don’t be alone, come and speak to someone. We’re not gonna laugh at you - we’ve heard it all before. There’s no such thing as a stupid question. Come and chat. Whether you just chat for a couple of minutes or you just want to ask one question. If it’s on your mind, come and talk to us.

Can you tell us a bit about how testicular cancer is treated and any advice you have on dealing with the treatment?

There are different types of testicular cancer but most likely they’ll remove the testicle. If you find it early, then you won’t need any more treatment. If you do find that it’s spread, you’ll have some sort of chemotherapy.

Cancer’s a slow process. There’s a lot of waiting around for results and next steps. It can take a while, so it’s important to keep busy. Try not to think about it too much and come and chat to us.

Some lads wonder why they’ve found a lump and they’re not in the hospital the next day getting chemo. But you have to be patient with it. You’ll get there eventually, it might take months, even years, but ultimately, you’ll get into remission because almost all men do. It’s a really survivable cancer. It’s not always easy getting there - I’ve had so much chemo now, I can’t feel my hands or feet - but it’s a journey that you, as well as many men before and after you, can succeed in.

Don’t be alone through it. Don’t think you have to put on a brave face. There are people willing to talk and listen to you.

For more information about the symptoms, diagnosis and treatment for testicular cancer, visit Testicular Cancer UK. You can also join the support group on Facebook and chat to Philly and his team at any time. 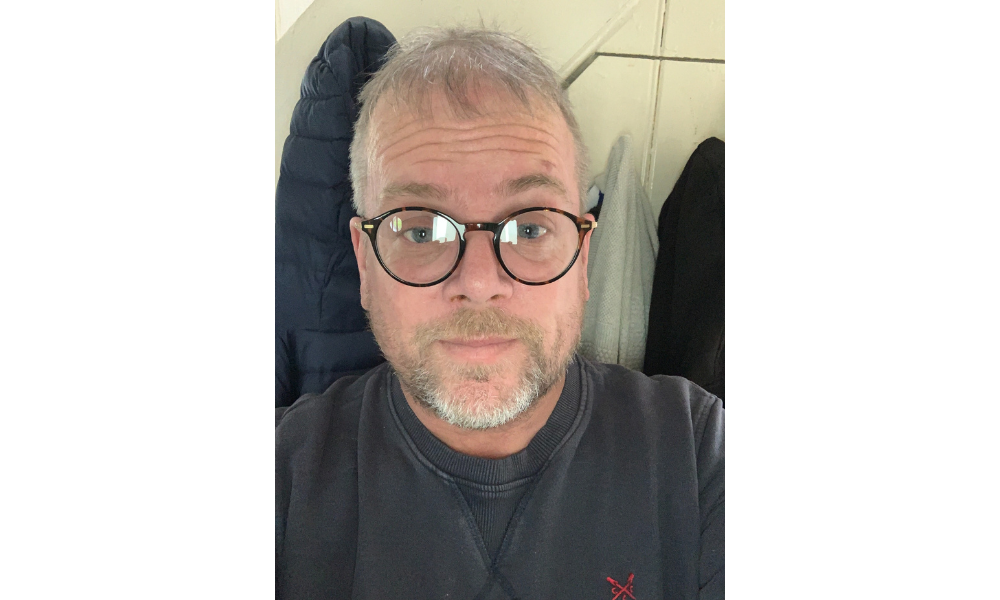