The C word: 'There’s a huge amount of help out there. You don’t have to do it on your own.'

Cancer isn’t simple. You can do everything right, and still miss the warning signs.

As part of our Numan Talks series, we wanted to find out what it’s really like to be diagnosed and treated for the disease. We spoke to Phil, founder of the charity, Testicular Cancer UK, and John, who were diagnosed with testicular and oesophageal cancer, respectively. 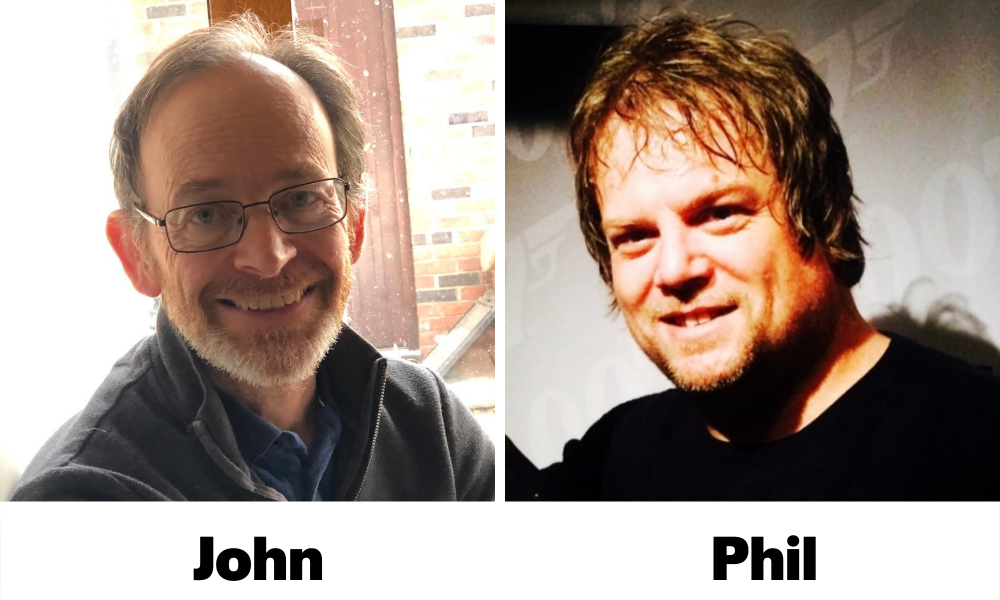 Phil was just 30 years old when he noticed his testicle had swollen: “I noticed in the shower that my right testicle had suddenly swollen. It was very hard but completely painless. It was probably twice the normal size.

“I’d had an infection before so I thought it might be that. The last thing I expected was for it to be cancer. I mean, I was too young… right?

“I was so young. I thought he must have made a mistake.”

“I went to my GP and after an examination, I was told it was probably an infection and given some antibiotics. When symptoms didn’t improve a few weeks later, I went back to the doctors. I was sent for an ultrasound scan. The doctor took a look and turned to me and said ‘Ok, you were a soldier, yes? Can I be blunt with you?’ When I said yes, he told me ‘It’s a tumour’. For the first time in my life, I was speechless. Everything went numb. I’d spent years in the army and not a single scratch. Now, cancer? I was so young. I thought he must have made a mistake.”

John was 50 when he was diagnosed with oesophageal cancer. A discussion about a work colleague who had similar symptoms triggered his initial concerns: “I’d heard about somebody at work who had this feeling of being full when he’d hardly eaten anything and then went on to discover he had cancer. It struck me when I heard that. It was the same thing that I was feeling. I also had a little bit of heartburn and the occasional sensation that something was stuck in my gullet. The conversation set off some minor alarm bells, but in reality, I never thought it would be anything serious.

“The symptoms persisted and my wife insisted I go to see my GP. He assured me that it wouldn’t be cancer. I now know that the guidance for GPs at the time was that if a patient is male and under 55, don’t entertain the idea that it’s oesophageal cancer because the prevalence in under 55s was so low and there’s a lot of other health conditions that can cause similar symptoms. Over the last 20 years, the age at which oesophageal cancer occurs has come down.

“I had a very very busy job. It was difficult to justify taking time out to go and see my GP, let alone to get investigations in a hospital.”

“After voicing my concerns, he scheduled an endoscopy. I actually put off the appointment for a month because I had a cold. Despite having a vague feeling that something wasn’t right, I had a very very busy job. It was difficult to justify taking time out to go and see my GP, let alone to get investigations in a hospital.

“There was a weird atmosphere in the room after my endoscopy - of course, they all knew. I was taken to a room and the endoscopist looked me straight in the eye and said ‘Well, John, I’m glad you came. It’s bad news. You’ve got cancer.’ I asked if she could be sure. But there was no question about it.”

What is the best treatment for cancer?

Cancer treatments vary depending on individual circumstances. The main courses of treatment include an operation, chemotherapy and radiotherapy. Just a few weeks after his diagnosis, Phil had an operation to remove his testicle: “The operation itself wasn’t bad. I was up and moving about the next day. Waiting for results and appointments is one of the hardest parts. It can take up to 4 weeks to hear anything. There are a lot of sleepless nights. For me, I became almost inward. Suddenly you feel like every advert on TV is about cancer. Everyone you meet tells you about someone else they know with cancer. You can’t escape it.

“Eventually, I was seen by a doctor and they thought it was best to have 3 cycles of BEP chemotherapy. Each took about 3 weeks and completely knocked me silly. I lost my hair and felt tired 24 hours a day. I lost weight and went very pale. The bottom line is that it’s not pleasant at all but after a few months, I had a CT scan and it was all clear.”

For John, he was offered a combination of surgery and chemotherapy: “I had 3 cycles of 3 weeks of chemotherapy. It’s pretty grim. You get a cocktail of drugs that make you feel nauseous, tired, lose your hair and cause problems with your fingers. Some people get it worse than others. I got it pretty bad.

“I remember how daunting it was going into the operation. When you wake up, it is painful, but a year on, you won’t remember any of it. It’s all transitory.”

“The operation lasted about 8 hours and then I went on to have 2 more cycles of chemotherapy. I remember how daunting it was going into the operation. When you wake up, it is painful, but a year on, you won’t remember any of it. It’s all transitory.”

In discussions about cancer, we often refer to the ‘5 years all clear’. This is an important milestone because most cancers that return will do so within the first 5 years after completing treatment. Unfortunately, this doesn’t mean that you definitely won’t get cancer again, which was the case for Phil: “In 2016, I had a scan for a slipped disk in my back. By mistake, they found 4 golf ball-sized tumours behind my stomach. This time I had to have twice as much chemo. Again, it was horrific, but I got through it. I knew what to expect. It does get easier. After the chemo, the scans came back clear and the last scan showed that the tumours are nearly gone.”

“There’s a whole world out there of people who’ve had cancer. You form a sort of club.”

John found that friends and support groups helped him to cope with the ongoing physical symptoms that result from the operation: “There’s a whole world out there of people who’ve had cancer. You form a sort of club. The hospital had a group called ‘Little and Often’ (named after the eating regime you have to adopt after having surgery) and I went to it before the operation. They talk about their experiences and explain what it’s like because it’s really quite a complicated condition to live with.

“My tumour was right at the junction between my stomach and oesophagus, which is quite a common place for it. They remove half your stomach and half your gullet, and stitch them together. Your stomach becomes more like a wide tube, so your capacity to eat is significantly reduced. It does have a dramatic impact on your lifestyle. You can’t eat a normal-sized meal.

“There’s a huge amount of help out there. You don’t have to do it on your own.”

“When I first joined the support group, I was in receiving mode. You learn a lot. After a few years, you become the experienced person who’s helping others in the same situation. I was also referred to the Oesophageal Patient Association, which provided all sorts of advice. There’s a huge amount of help out there. You don’t have to do it on your own.

“When it comes to the aftermath of the surgery, it just becomes a new way of being. You try not to dwell on it too much. You’re thankful that you’re still here.”

“Don’t try and question why you have cancer. It happens. You’ve done nothing wrong.”

Phil also found that emotional support was his greatest defence against the mental strains of cancer: “I tried to make my experience into a positive and set up the first testicular cancer website in the UK. Men who’ve been diagnosed can talk to someone who understands and learn about what to expect. My advice to anyone who’s currently battling cancer is to let the chemo do its job and try not to think about whether it’s working or not. In almost 99% of testicular cancer patients, it does kill the cancer. Most importantly, don’t try and question why you have cancer. It happens. You’ve done nothing wrong.

“You’re never too young to get cancer. Learn about the symptoms of male cancer - I don’t mean to worry yourself silly about it - but arm yourself with the knowledge you need to recognise the symptoms. Unfortunately, more and more young people are getting cancer. So just be aware.”

“My advice to anyone with symptoms - even if they’re mild - is to go and get it checked out. Sadly, wishing it not to be there is never going to deal with the problem.

“It makes you reappraise your life as a whole and you become more grateful for the good things.”

“Until you’ve been in that situation, you have no idea how devastating it is or how much it changes your life - good and bad. Unsolicited, people come round and drop off meals at your doorstep. It makes you reappraise your life as a whole and you become more grateful for the good things.

“In my life now, there’s nothing significant that I’m missing and lots that I’ve gained. I remember thinking that I’m never going to be stressed or worried about anything else in my life ever again. I mean, come on! Get it into perspective. That does last for a while but after a few years, you fall back into your old ways of behaving. But I’m pleased to say that in general, life is less stressful and I’m far more willing to give things a whirl. I remind myself how lucky I am and say, John, you’re still on this planet and that’s a miracle.

“Life is not a dress rehearsal - a bit of a cliche, but it’s true. Make the most of it.”

How to check for testicular cancer

A word from Dr Luke Pratsides: You must act as soon as you find symptoms because the longer you leave it, the worse the outcome is. Your initial consultation might be online, but if you’re displaying any sort of cancer symptoms or worrying lumps - testicular lumps, breast lumps, skin lumps etc - you’ll be asked to come in for an examination. There’s no waiting around. You’ll be seen by a specialist within 2 weeks from the day that the GP refers you.

Know what your blood knows.